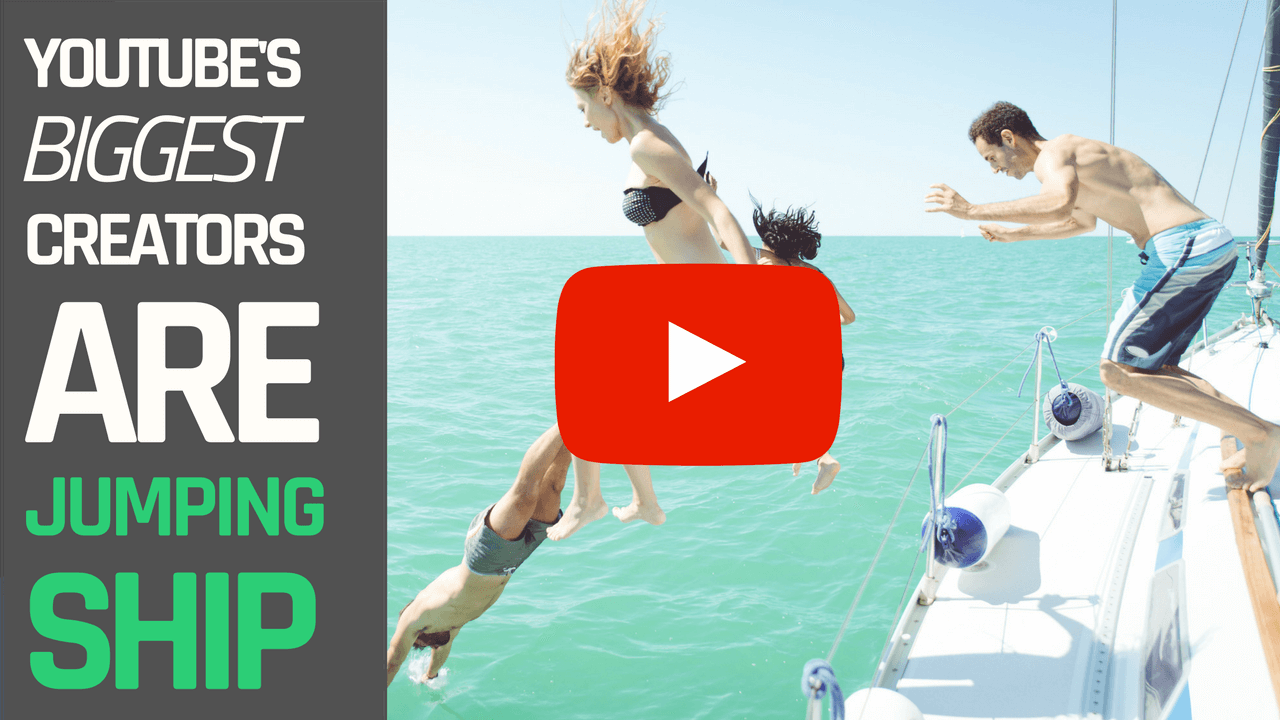 This week we’ll be revealing:

Last month we reported that many big companies like PepsiCo, Walmart and Starbucks have stopped running ads on YouTube because they were appearing alongside offensive videos.

Top YouTube creators such as PewDiePie have since reported a significant drop in ad revenue. PewDiePie has a staggering 54 million subscribers on YouTube! He’s reported that a recent video generated ⅕ of the revenue he would normally expect to receive!

In response to this, the video platform Twitch is jumping on the opportunity to lure creators away from YouTube...

Twitch is the world's leading video platform and community for gamers. More than 45 million gamers gather every month on Twitch to broadcast, watch videos and chat.

Twitch is now opening up its partner program to a wider user base, in an effort to attract more video creators to its platform. PewDiePie is one of the YouTube creators that has started uploading his video content to Twitch. This in turn is motivating more and more YouTubers to jump ship.

With video creators defecting to other video platforms, YouTube must come up with a solution quickly if they want to remain on top.

IBM has just announced they will be using their supercomputer ‘Watson’ to generate a detailed analysis of videos.

Watson is an incredibly powerful computer system capable of answering questions posed in natural language. It was originally developed by IBM to answer questions on the quiz show Jeopardy.

This new project aims to help marketers manage and classify their content. According to IBM, this will be done using language, concepts, emotions and visual analysis.

This is exciting news, as it will give video creators a greater understanding of what makes particular types of video successful.

IBM haven’t announced when the new insight service will be ready, so keep an eye out for future issues of DMW and we’ll be sure to let you know as soon as it is released!

Google Is Testing A Big Change To Video Searches

In breaking SEO news this week, Google is testing a new format for video results in the Search Engine Result Pages (SERPs)…

The new format appears to be called ‘suggested clip’.

The idea is that the link in the search results will take you directly to the specific spot in a video that answers your question.

This means, when the user clicks play, they can watch the answer without having to watch unnecessary introductions.

Google are aiming to help users skip video introductions, and immediately jump to the answer they need.

So remember to keep your videos short, engaging, and to the point. It might help your videos rank higher with this new ‘suggested clip’ feature!

Our aim is to give you a quick summary each week of the big news in the fast moving worlds of Video Marketing, SEO and Social Media. To make sure we continue to do this, we need your help...